Since several days there are works ongoing in some of the paths where I use to walk my dog. I don't go there that often because it doesn't add too much to the walk, but it is a useful shortcut for days where my dog has already done a lot, and we still go out for a short last walk in the evening.

The path is a dirt road, with a little canal running next to it. My dog loves water, so he always gets inside the canal, which isn't enough to swim but it is to get a fresh belly when it's hot. Now, during the works, we cannot pass by there, but today I went alone, and drew a bit of the machinery. 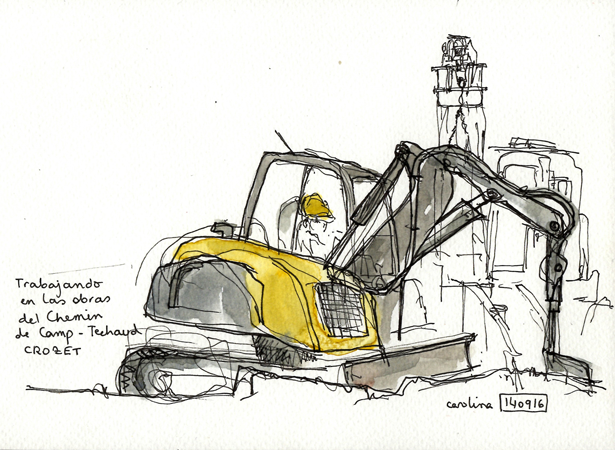 This is the first sketch I've made. In fact very quickly, because they stopped working for the day just after I'd got there!

At the beginning I was a bit disappointed, but then the quietness allowed me to get closer, and draw one of the machines in more detail, and in a more relaxed way. Because they really move a lot while working, and I had never noticed that until I wanted to sketch them! 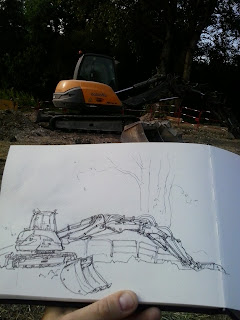 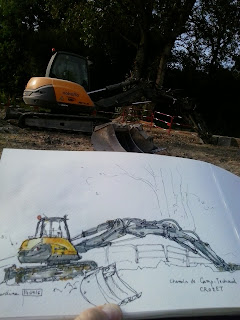 Posted by Carolina Deluca at 6:18 PM