Poster for a scientific conference


This is one of the jobs I've been lately doing and that now is public in
http://forum2015.nikhef.nl, a poster for a conference on mechanics engineering on particle tracking detectors, called simply "trackers" in scientific jargon.


Behind every poster, design or illustration there is always some research, and a lot of thinking and brainstorming with yourself.
What is that image that you are looking for that will represent the whole idea in an attractive way?

Sometimes ideas come easier than others, it depends a lot on the topic and in your experience. If you are familiar with it, it may help, if the topic is very popular it can be trickier to find something original. In this case, I can say my previous life as a physicist helped quite a bit.

This was my first drawing for this poster: 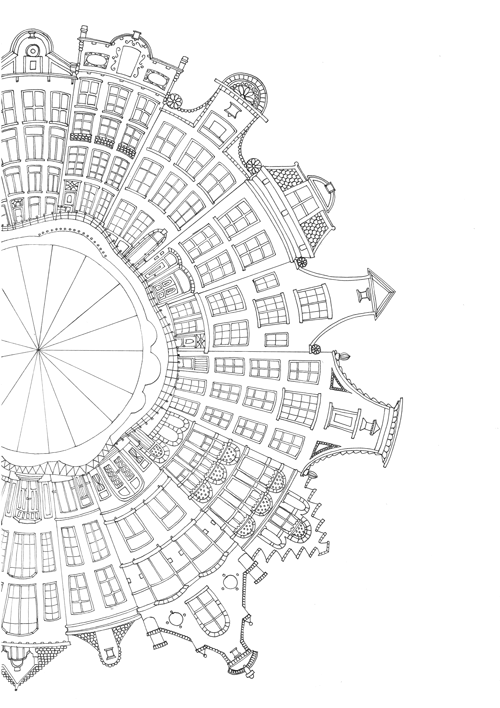 Do you see what it is?
Clue: How is the design related with the conference topic and place?

Can you guess where the conference is taking place?
Why are these buildings placed in a circle?
Why are there bridges?
What is this circle divided like a cheese in the middle?


There is nothing random in the design, and every element has a reason to be there:


First thing to think about: what is a tracker? How does it look like?

Trackers are designed by physicists and engineers. Usually, the former think about what is needed in terms of the physics they want to measure, while the latter design and maintain services that are essential for the experiment.

Trackers can have different geometries depending on the physics targeted by the experiment, but in general, if one is interested in collecting as much information as possible, they are cylindrical to cover all possible physical space (see here). They are usually immersed in a magnetic field, and measure properties of charged particles. And they are called "trackers" because charged particles do actually leave tracks on them.


Second thing to think about: what is different about this conference edition?

Scientific conferences have usually many editions that take place once in a year, or once in every two years, depending on the conference. Normally, each edition is organised by a different scientific institution, and so it changes venue every time.


Can you answer now all the questions above?

In this poster, I have used a very distinctive and recognisable feature of the conference location, Amsterdam. Its beautiful buildings and canals are known and admired by everyone (counting myself in!).
I painted some typical houses in a circle, emulating a frontal view of a tracker detector, made the "cheese" to mark the geometrical center of the detector where the tracks of the particles come from, and placed the bridges in the front to relate the city architecture and canals with the water of the Amsterdam canals, which actually represent the tracks of the outgoing particles. 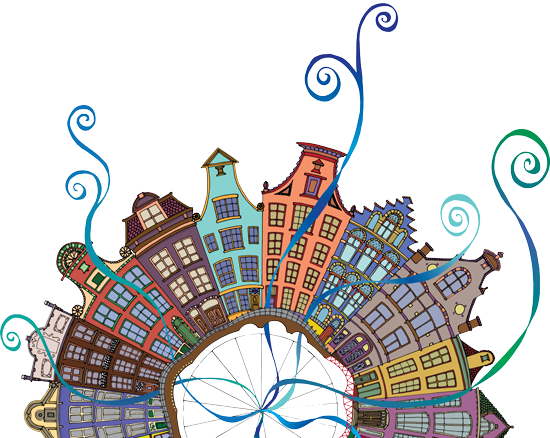 Indeed during this conference Amsterdam will become the center of tracking detector mechanics, won't it? 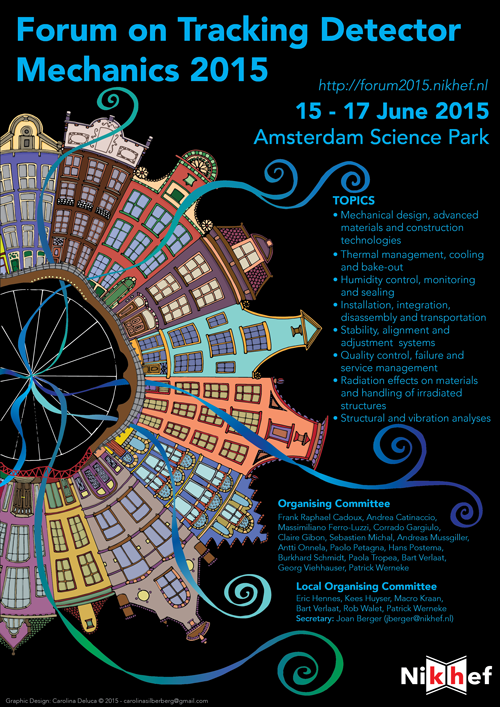 Posted by Carolina Deluca at 2:22 PM